It was a fantastic day of riding to John O'Groats.  We started our ride this morning under cloudy skies and chilly temps.  We enjoyed a quartering tailwind almost all the way to John O'Groats.  Our route generally followed the coast, so we had amazing views of the Atlantic Ocean all day.  We had some good climbs in the first half of the ride, which provided breathtaking scenery of the Scottish highlands.  Around mile 40, the terrain leveled out somewhat and, with the tailwind, we were able to cruise along at a fairly speedy pace.  Just before 2 p.m., Art & I arrived at the famous "John O'Groats" post (photo below), indicating the other end of our "End to End" journey from Land's End to John O'Groats.  We were elated to have completed this epic ride.

A few observations I've made after having competed this ride: 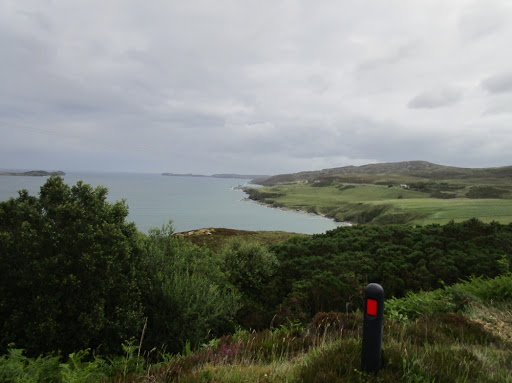 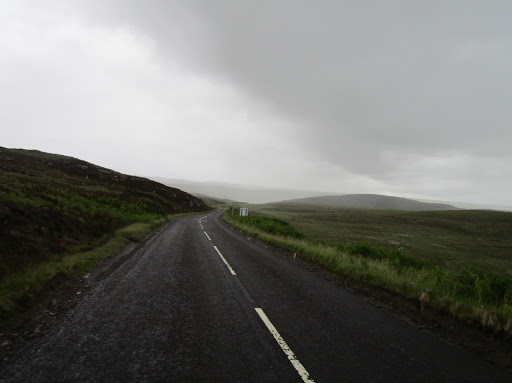 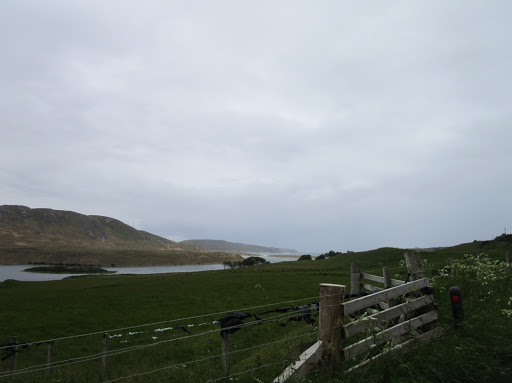 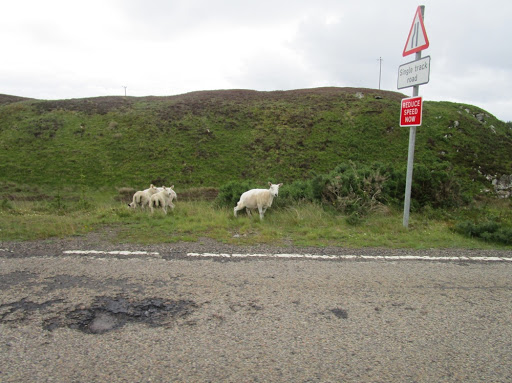 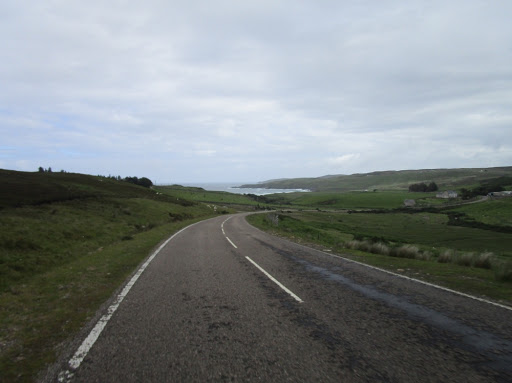 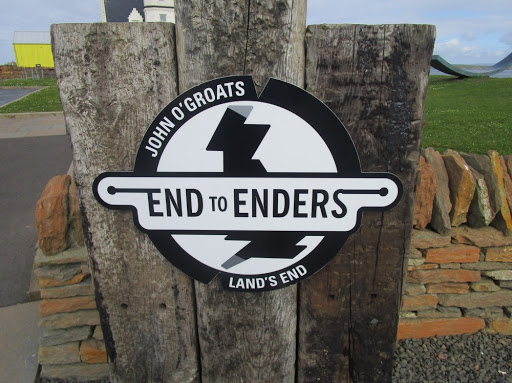 Posted by Rose Hewig at 4:46 AM No comments:

Weather by the Second

First, may I just say that, now that we're at the penultimate day of our tour, I'm very glad to know that we are done staying in towns with names that are hard to pronounce.

Today's ride was the shortest ride day of the tour, but it was not without its challenges.  The direction of our route was generally north-northwest, however, we rode with a fierce 25-mile per hour wind from the west-southwest that had me, at times, creeping along at 12 miles per hour.  Then there were the gusts, which tried to knock me off my bike several times.  Fortunately, there were times when our route turned in a direction where the wind was favorable, and we were able to cruise along at a good clip.  But when we turned into the wind, even briefly, the wind would push my bike sideways.  If there was a gust, I had to have both hands on the handlebars or else I was going to lose control of the bike.  The only constant about today's weather was the wind: temperature, sun, clouds and rain were variable.  We started the ride under partly cloudy but mostly blue skies.  Within seconds, dark clouds would roll in and rain drops would fall briefly, until the sun would pop out again and warm things up. This cycle would repeat itself over and over throughout the ride.  Despite the wind and the fluctuating weather, mile for mile, this was one of the most scenic rides of the tour. 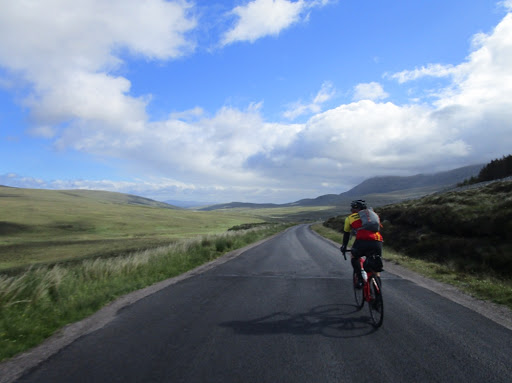 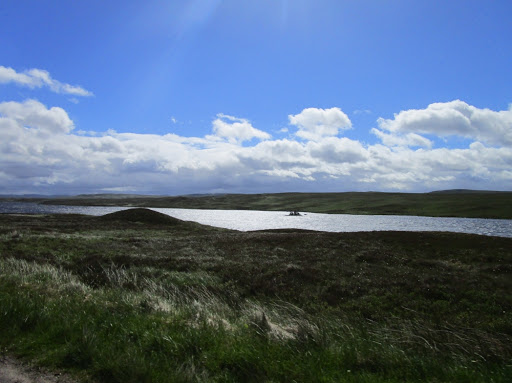 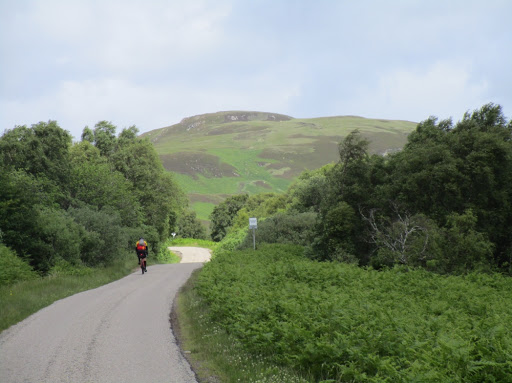 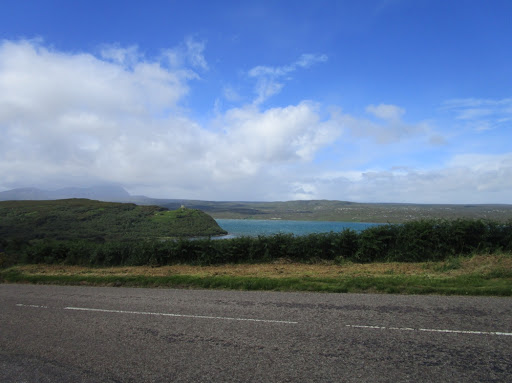 Posted by Rose Hewig at 2:48 AM No comments:

From Drama Rocket to Lairg

You know you're on a tough guy bike trip when your route begins with a category 3 climb right out of the box, right after breakfast.  I'm proud to say I was able to make it up the climb, even though my stomach and my legs were having a competition to see which one could hurt me the most.  I recovered pretty well, and the rest of the ride flowed smoothly.  We encountered two other, more gentle climbs later in our route, which led to some spectacular views.  I got caught under a rain cloud just before I crested the top of the final climb.  It rained fairly steadily for about 10 minutes, and then the sun came out, dried everything up (including me), and it was like it hadn't rained at all.   Art & I stopped at a cafe/general store in a small town called Ardgay for a bite of lunch.  For the final 12 miles of our route, we rode with a stiff crosswind that slowed down our pace considerably.  Nevertheless, it was a pleasant ride, mostly on a cycle path.  Lairg is situated adjacent to Loch Shin, and we rode lochside right into town. We had a delightful and fun group dinner at the Lairg Highland Hotel.  It was a wonderful way to end an amazing and challenging day on the bike. 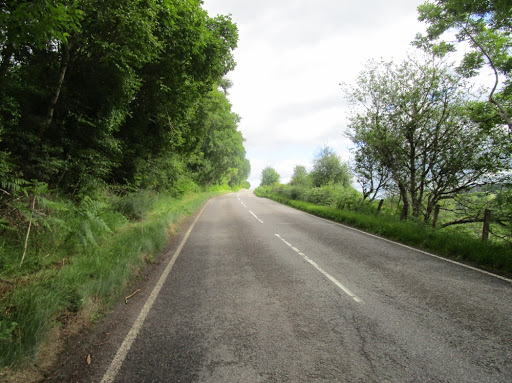 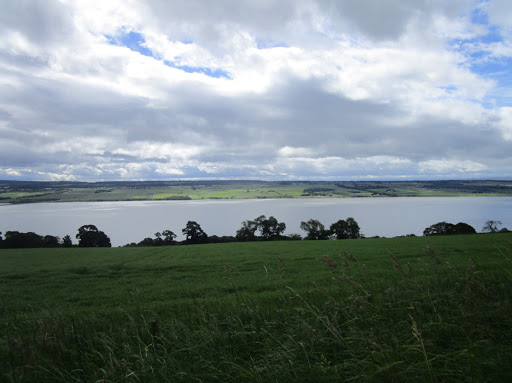 Riding in Search of Nessie

Fantastic ride today!  No threat of rain, nice roads to ride on, and we got to ride to famous Loch Ness - the alleged home of Nessie, the Loch Ness Monster.   For most of the first 20 miles of our ride, we rode on a cycle path, which provided stunning views and and a peaceful, low traffic environment in which to ride.

We visited the Commando War Memorial, a monument dedicated to the men of the original British Commando forces raised during World War ll.  At our mid-morning cappuccino stop, we struck up a conversation with a Scot wearing full highland dress.  Turns out he was a bagpiper on his way to an event where he was to perform.  He was nice enough to go to his car and get his bagpipes, and then he played a song on his bagpipes just for us!  He played "The Roses of Prince Charlie" right there on the side of the road while we stood there and listened.  What an awesome experience!

Once Loch Ness came into view, I started looking for anything that resembled that eerie, prehistoric-looking creature in that famous photograph, but, alas, I saw nothing even close. In fact, Loch Ness looks like every other loch we've seen so far.  Our destination town, Drumnadrochit (which, right or wrong, I have decided to pronounce, "Drama-rocket"), a tourist-oriented town located right on Loch Ness, pretty much thrives on keeping the notion of the Loch Ness Monster alive.  There are lots of "Nessie"-themed hotels, eateries, and hokey sourvenier items for sale.  Fortunately, I already blew my sourvenier budget on a pencil that says "Scotland" topped with a figurine of a bagpiper (just like my bagpiper friend, mentioned above).  Anyway, it was a very fun day, both on and off the bike. 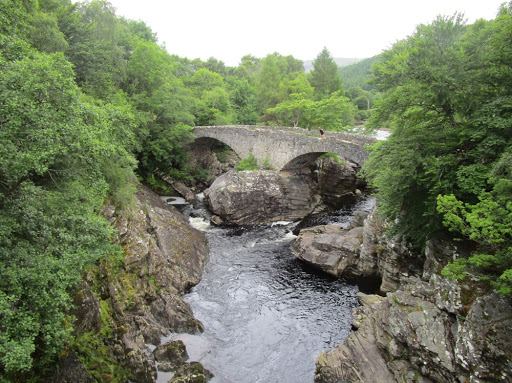 Posted by Rose Hewig at 9:40 AM No comments:

Scotland, Land of Lochs and Haggis

Today's route was a relatively easy 50-mile ride to Fort William, as we rode most of it on a cycle path.  That, is, except for the last 10 miles, which we traveled on a busy road that led us right into Fort William, a town located on the shores of Loch Linnhe.  We carried our rain gear with us all day because heavy rain was predicted to begin in the late morning.  As it turned out, the weather was quite pleasant during our ride, all the way until we arrived in Fort William, just after 12:00 noon. Later in the afternoon (while I was out walking around town), came the downpour, complete with thunder and lightening.  The guesthouse where we are staying the night is located on a hill above town and provides an amazing view of Loch Linnhe.

Haggis, a very popular culinary dish here in Scotland, is described as a "savory pudding" made from a sheep's heart, liver and lungs, all of which is encased like a sausage.

If I've learned one thing on this trip, it's that nothing is too gross for people to eat. 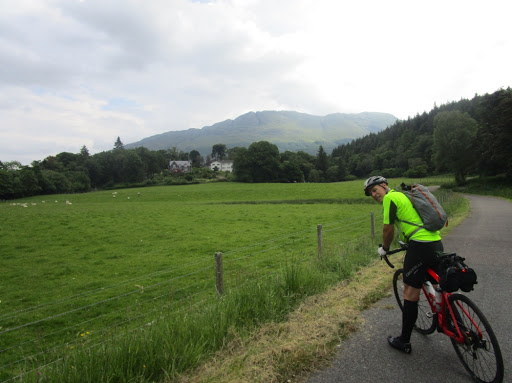 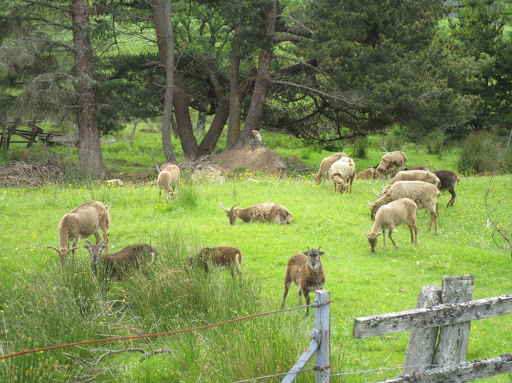 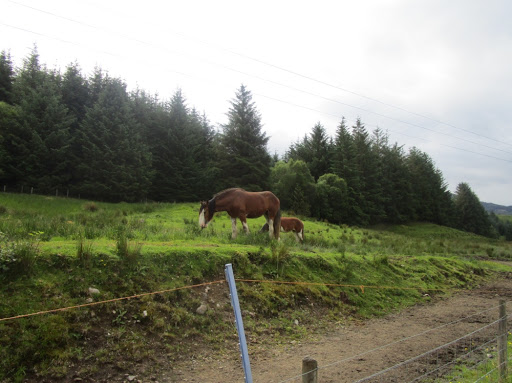 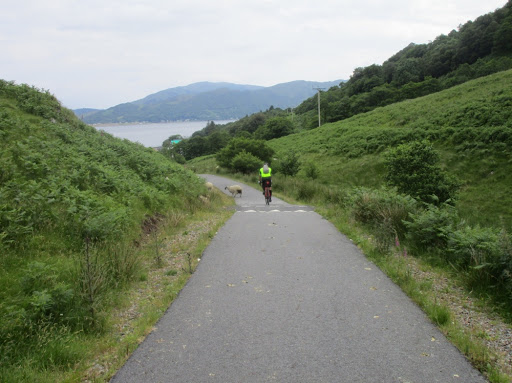 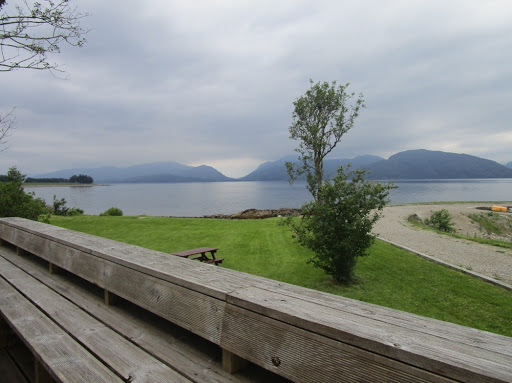 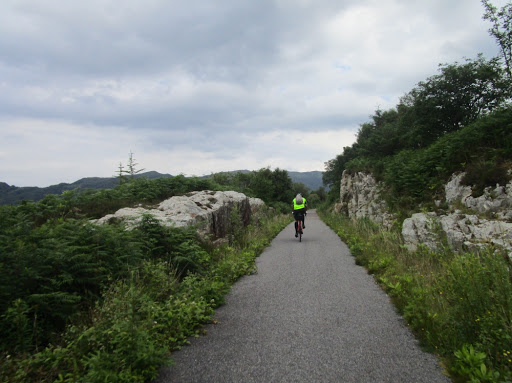 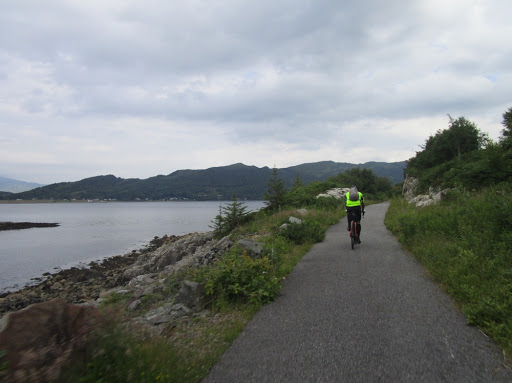 Posted by Rose Hewig at 8:48 AM No comments:

Rose Hewig
My name is Rose Hewig, and I love to ride my bike . . . a lot. My husband and BFF, Arthur, and I have had many fun, exciting and challenging adventures biking in the U.S. and abroad. We decided to start this blog to share our experiences and to show that traveling by bicycle is really the best way to go.